These are the balls I currently rotate in my bag. I own four, but carry three with me on any given night depending on the tendencies of the house. 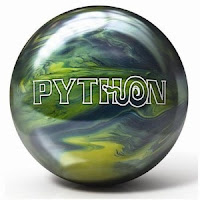 Brunswick Python - 15lb
After several years of saying "I'm going to get a new ball" I finally pulled the trigger in the fall of 2010. I did a lot of research online trying to find a ball in my price range that fit my bowling style and preferences. In the end, the Python gives me just enough hook to drive through the pocket, but not too much that I can't keep control in dry conditions. After some damage from a ball return machine, this ball was completely resurfaced in March 2013. 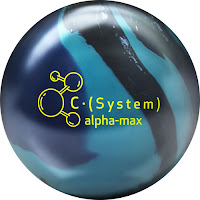 Brunswick C-(System) Alpha-Max - 15lb
I purchased this ball used from another bowler in my PBA Experience League in August 2012. I was planning to buy a heavy oil ball anyway, and when he mentioned that he was selling this one it fit my needs perfectly. This quickly became my favorite for league play and it has the honor of earning my high series (730) and game (269). 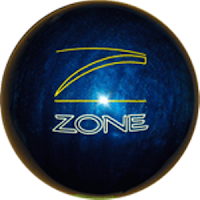 Brunswick Zone - 16lb
This is a plastic ball I had gotten for free from my youth league. Its great for shooting 10-pins on dry lane conditions, but I rarely carry it with me let alone use it. 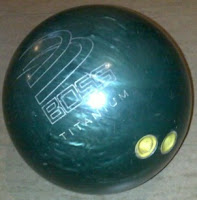 I bought this ball from one of my youth league coaches back in 2000 for $20. I call it The Don because my coach had his name etched above the finger holes. Its pretty "rolled out" and lacks the drive I now get with the Python, but it is an excellent fall back when the lanes are very dry or when I need to start over on a particularly bad night. This ball was unofficially retired for the Fall 2012/13 season.